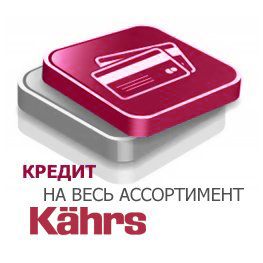 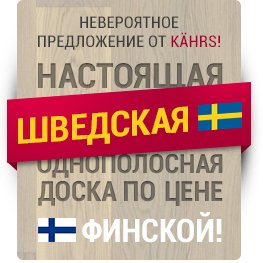 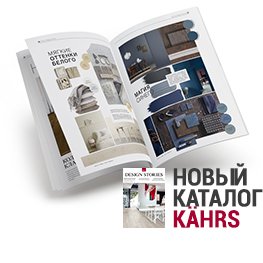 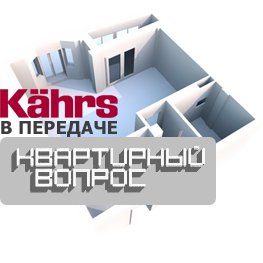 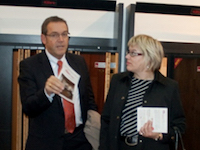 7th October 2009 became a remarkable day for the Leader-Parquet company. It was marked by the visit of the delegation from the Karhs company represented by Per Skarner – CEO of Nybron Flooring International and AB Gustaf Kahr (for whom it was the first visit to Russia), Tiina Hamalainen – Eastern Europe CEO of AB Gustaf Kahrs and Kosheleva Olga – CEO of new subsidiary of Kahrs in Russia – OOO "Kahrs RUS".

The top person of the Kahrs company, Per Skarner, came to Russia with the aim of signing all necessary documents to create a subsidiary company "Kahrs RUS" on the territory of Russia. OOO "Kahrs RUS" will centrally supply Kahrs parquet to Russia. All production will be distributed through the authorized dealers network. We are flattered that the first place in this work is given to our company that is "the best Kahrs retail company in Russia" according to Olga Kosheleva words.

In spite of a very busy visit schedule, and Tiina Hamalainen couldn’t but visit one of the trade exhibition pavilions of Kahrs on the Nakhimovsky avenue that was recently opened by the Leader-Parquet company.

The guests expressed content with the work that has been done by the management of the Leader-Parquet company in the field of successful brand advertising on Russian market. Being satisfied with the results, Tiina said that Europe still has what to learn from Russia. As for Per Skarner, he noted that the job was done with "great heart" and ironically added that it could be a good idea to "clone" such trade exhibition pavilions. "Thank you so much for such an excellent stand and for such devotion to our brand".

Many vital issues connected with the prospects of further collaboration were discussed during the meeting. The discussion had a very informative character. The representatives of the Leader-Parquet company received exhaustive answers to many questions that interested them.